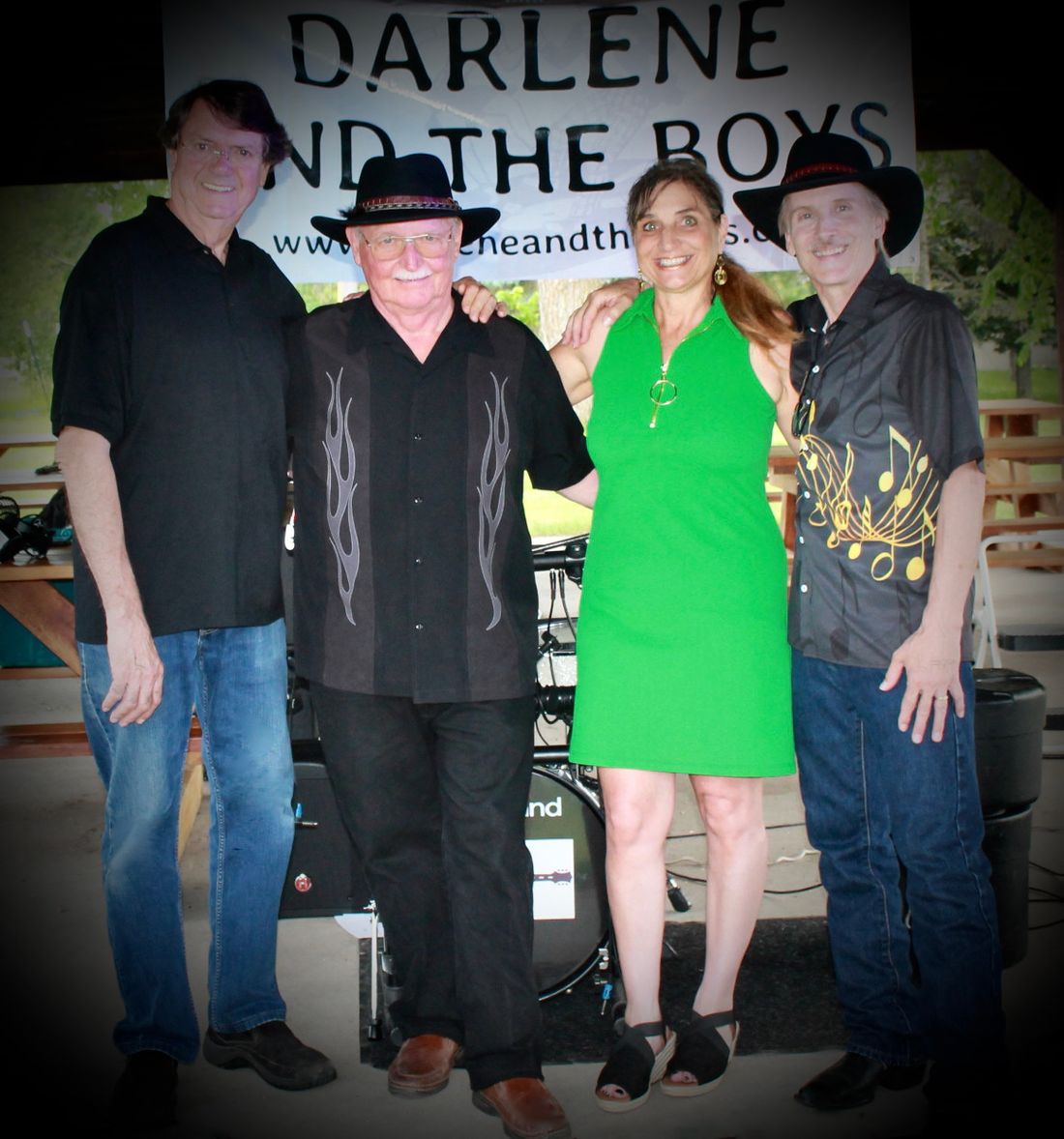 Darlene began singing at the age of five! She fronted her first band "Showdown" from 1987-2000.This band also included her husband, Ken Nelson and her Father, Pat Krings. In 1995, Showdown received an academy award citation of Minnesota Ballroom Dance Bands from The Minnesota Ballroom Operator's Association, in recognition of outstanding entertainment.

Darlene has performed on numerous TV/radio and stage shows with many stars of the Grand Ole Opry. Such performances include: The Ernest Tubb Record Shop's Midnight Jamboree live radio show broadcast on 650 WSM. Plus, Tootsie's Orchid Lounge, The Nashville Palace; Opryland Hotel and The Shotgun Red Variety Show, Nashville NightLife Dinner Theater and The Famous Saloon, to name a few. Darlene was also a multiple winner of Nashville's "Be a Star" and has also recorded in Nashville. Her talents have also brought her to stages in Branson!

Some of Darlene's favorite things to do is: Studying the Bible, travel, outdoor activities/walking, fishing and family gatherings.

Darlene is delighted and proud to present her band "Darlene And The Boys" for any event!

In 1981, Kenny joined Larry Schorn And The Schorn Side Of Country band, based in River Falls, Wisconsin. He remained in this wonderful band until 1986, when Larry passed away.

In 1987, Kenny and Darlene married, and formed the "Showdown Band" which was in high demand all around Minnesota, Wisconsin and beyond.

Kenny had the wonderful opportunity to appear in concert/s and become friends with Bob Wootton (Johnny Cash's lead guitar player of thirty years.)

Ed is an outstanding musician! He brings so much to any performance with his utmost professionalism.

He began performing at age 15, along with his Brother, Steve in their Parent's band.

Ed also enjoys activities with his Grand kids, fishing and relaxing on his porch.

Ed and his Wife Joanne make their home in Fox Creek, Wisconsin.

Jim is an incredible musician! He adds another dimension with his very tasty piano style and lead and vocal harmonies. Jim taught music for many years and is very well versed in traditional country; 50-60's rock and much more! Jim and his lovely Wife, Lynn, reside in Brainerd, MN. during the summer and Mission, Texas (where we first met), in the winter months.

Mike is like a human metronome! He's as solid as a rock laying down the groove on his custom Roland V Drums! He makes it so easy to perform music with!

Mike has drummed and entertained audiences for many years. He was part of the very successful band, Nashville North and also presented his drumming expertise in the Alex Parenteau and Silver Wings band.

One of Mike's favorite hobbies is a good game of golf!

He and his Wife, Donna reside in Lindstrom, Minnesota and seasonally in Mission Texas.

Kevin Barnes was our bassist and featured vocalist for about three years. Kevin was a wonderful asset to our group during that time. He and his Wife, Denise, relocated to Huntsville, Alabama to be near family. Thank you, Kevin for your wonderful, and professional contribution! We wish you and Denise the very best! God Bless!

Duane joins us on some dates in which Ed Schmidt cannot. We are always happy to have him!

Duane is a very fine musician. He has been a road warrior for many years, performing with numerous top notch bands all around the upper midwest!

"Dewey" has performed in Nashville in many clubs on Broadway and other locations and has shared the stage with many national acts.

Danny is our first call for drums in the absence of Mike Peterson.

for local, regional and national acts!